The giant company Samsung is allegedly supporting cryptocurrency payments in several Baltic countries. The process is possible due to CopPay platform. 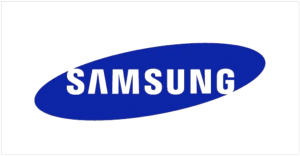 Lithuanian company CopPay announced today that citizens based in Tallinn, Riga, Vilnius, and Kaunas will soon be able to acquire Samsung products, including smartphones, tablets, laptops, TVs, and others with crypto assets.

“There is a growing trend toward business digitalisation and allowing customers to pay for goods and services in cryptocurrency, whether at global retailers or local restaurants,” CopPay stated.

Samsung is not in its first engagement

Samsung is not in its first engagement in such crypto-related initiative. In January 2018, the electronics giant revealed it was producing crypto mining chips, becoming one of the influential suppliers in the crypto mining market. The project came as a result of growing demands on the market, also representing a way to increase the company’s profits. As they set out, the company managed to record a 58% increase in operating profit in the first quarter of 2018, mainly from mining chips sales.

Furthermore, Samsung has seen in blockchain- the technology of the future, integrating it into its system of global supply. As reported in April by Bloomberg, the company planned to use blockchain to track global shipments worth tens of billions of dollars per year. With the help of the technology, Samsung also intended to eliminate the delivery costs by 20%.

The latest announcement indicates that Samsung does not lose any opportunity to expand its services and increase the acquisition rate. The crypto market is still changing but continues to gain mainstream territory.