The Individual Behind the BitConnect Scam Schemes Was Arrested

Divyesh Darji, the person behind BitConnect India’s scam, was arrested by the police in Delhi airport after landing from Dubai. He is accused of inappropriate promotion of the Indian company. 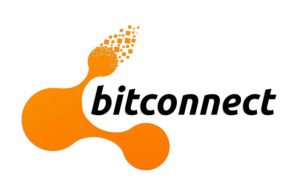 On 18 August, Divyesh Darji, the promoter of BitConnect, was detained by immigration authorities when he landed in Delhi Airport, as reported by local media.

Following its release of ICO back in December 2016, BitConnect’s market cap has grown up to $ 2.6 billion. The success was reported before the company was considered a Ponzi scheme and one of the biggest scam platforms in the crypto space.

After the coin fell in January 2017, Darji was one of the supporters of BitConnect in Asia in general, but especially India. He has been involved in numerous conflicts, including a 2,000 Bitcoin theft (from investors) worth of BitConnect coins.

Suspicions such as BitConnect would be a scam platform came after the company promised investors a monthly return of 60%, while the crypto market was not exactly balanced. Darji has consistently been involved in the promotion of the scam on social media and organized extravagant events across India.

BitConnect was shut down in January 2018 after the scam operations came out.

After being forced to close its doors, several BitConnect members involved in scam schemes were arrested. Many of them have fled the country since January. The promoters include Indian personalities and politicians such as Satish Kumbhani, Dhavl Mavani, and Suresh Gorasiya.

PG Nawade of the Gujarat Police explained how the arrest took place:

“Darji was living in Dubai. A look-out circular was issued against him. The Immigration Department alerted us when he was on the way from Dubai to Ahmedabad, after which he was arrested today evening. The company came into existence in 2016, and in 2017, it launched the Bitconnect coin. It remained active till January this year. It released 2.80 crore coins, out of which 1.80 crore coins were sold to investors. The accused held seminars, events in India and other countries promising high interest — daily interest rate of 1 per cent — on investment in Bitconnect coins. The cost of one Bitconnect coin on January 16, 2018, when the company shut down, was USD 362.”

According to the police, 169 Bitcoins and 8kg of gold were confiscated following the investigation. Speaking to the Times of India, Ashish Bhatia of Gujurat CID explained:

“The company was registered in the UK and had an office in Surat. They launched their own ‘bitconnect coins’ soon after demonetization. They promoted the company on social media and by holding gala functions in cities across the world. They lured investors with 60% monthly interest, and incentives in the form of ‘referral interest.”