Abra Wallet Review | An Investment App on the Litecoin Network

The release of new development for Litecoin has been hinted for a long time by Charlie Lee, the creator of Litecoin. This was, in fact, a new app called Abra- a non-custodial wallet that enables users to have direct ownership of cryptos through the use of their own private keys.

The app lets traders have access to 25 cryptocurrencies (and counting) and 50 fiat currencies through the use of Bitcoin and Litecoin smart contracts. Users of this app can make investments in 70 different assets, as well as trade between them instantly and without fees.

When you make an LTC deposit into the app and want to trade it for another crypto (say, XMR), this creates a transaction on the Litecoin network that involves several signatures, like those used in a smart contract. The first part of the transaction is signed to Abra and your LTC will be locked up at the trading price of that time. If XMR doubles in price comparative to LTC, you would now have a double amount of LTC. Then, Abra signs the second half of your transaction. This would unlock your LTC, resulting in twice the amount of LTC you had in the beginning, which would then be sent to your wallet.

At no point in this transaction would you have in your possession XMR coins. You would not be able to send XMR from Abra to an XMR wallet. You are just giving yourself exposure to the market price movements of altcoins. Abra generates a synthetic currency which follows the price of XMR, but you can only interact with Litecoin the entire time. Users are able to invest in 70 different currencies without actually having to own them. They just own synthetic currencies that follow their price through the use of smart contracts created on the Litecoin blockchain.

“In this way, Abra enables you to invest in multiple cryptocurrencies without creating a separate wallet, managing separate keys, or figuring out how to buy cryptos on an exchange.”

What Are Synthetic Currencies?

Many wonders if the liquidity of synthetic currencies will pose any issues.  The answer is no, as Abra has successfully programmed these multi-sig contracts to “manage fiat, Bitcoin, and ether counterparty risk for over a year now with no service interruptions.”

This enables users to trade with Bitcoin or Litecoin and send those coins to the wallet of their choice. If you are a US resident, you can also liquidate to fiat currency and redirect the funds to your bank account.

Users are able to have their smart contracts guaranteed by Abra via hedging their positions. To hedge trading positions, Abra executes “a combination of buying and selling cryptocurrencies with different exchange partners.” There is no risk for Abra users by hedging the crypto. Their resulted profit is not from the latter activity but from the price difference that was generated by performing the trade.

Development On the Litecoin Network

Until recently, Abra developed smart contracts which worked with synthetic currencies on the Bitcoin network. But now they intend on using Litecoin’s blockchain for the bulk of transactions.

“Abra has chosen Litecoin as the primary asset class for our investment platform although we now have the ability to move users between Bitcoin and Litecoin contracts. We chose Litecoin after a long and thorough research process to determine the asset class that met our criterion: secure, safe, scalable on-chain and off-chain, low mining fees, and preferably with adherence to the published Bitcoin core roadmap.”

Abra drastically decreases the difficulty of investing in multiple cryptocurrencies. Traders that are not US-based and want to invest in the platform start by acquiring Litecoin. If more and more users come to Abra, this could potentially increase the demand for Litecoin. Supply-wise, a higher number of smart contracts on Abra means that more Litecoin will be locked away, thus reducing the circulating supply of LTC.

How Do You Use Abra?

First, you have to download the app from their official site and write down your private keys. As we mentioned before, Abra is a non-custodial wallet, which means that you will be the owner of your funds and keys the entire time.

Then use either your bank account, credit card, Bitcoin, Litecoin, or Ethereum, to fund your wallet. Once you deposit your funds to the Abra wallet, you will be able to invest in any of the supported 20+ cryptocurrencies.

Abra is without a doubt a positive development for Litecoin, which will certainly lead to many useful and exciting applications.

Binance Launched the Testnet of Its Decentralized Cryptocurrency Exchange

Dogecoin is a cryptocurrency created with fun in mind, according to its creators Billy Markus and Jackson Palmer. The cryptocurrency... 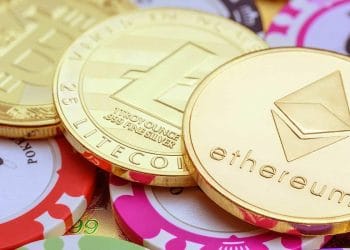 Online gambling is a favorite leisure activity for many gambling enthusiasts around the globe. Now that we’re all stuck home... 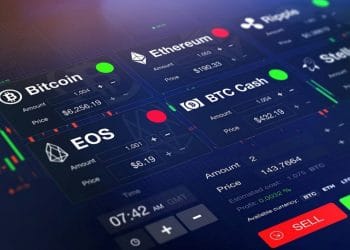 Investing in any asset requires a lot of knowledge and research to be able to make the right decisions. The...

What Is Cash App? Cash App is a mobile payment app owned by Square Inc. It provides an easy way...