Banco Santander has announced that it will be using Ripple’s ledger to facilitate payments through its OnePay FX platform. The multinational commercial bank headquartered in Santander, Spain also plans to expand its Ripple (XRP)-powered OnePay FX platform to other countries.

At this year’s Swell Conference in San Francisco, the CEO at Ripple Inc. Brad Garlinghouse announced the launched of xRapid product. According to the company, xRapid is a liquidity solution for banks that utilizes Ripple’s native token (XRP) as a bridge currency. It dramatically lowers cost whilst also eliminating delays, thereby making cross-border payments not only inexpensive but also instant.

Ed Metzger – the Head of Innovation at Banco Santander – also delivered a speech. His speech became one of the highlights of the event. Metzger said that the Spain-based financial giant capitalizes on Ripple’s network to facilitate all payments with its OnePay FX application.

Metzger said that the combination of OnePay FX and RippleNet could streamline the process of other financial institutions that are starting to use Ripple network, especially in countries like Japan and South Korea.

Currently, Banco Santander’s Ripple-powered OnePay FX is available in UK, Spain, Brazil, and Poland. The bank plans to expand the services to other countries in Europe, Asia, and South America.

Earlier this year, Banco Santander claimed OnePay FX will enable international payments with just three clicks and less than 60 seconds, a claim which is yet to be verified with an actual transfer at press time.

Ripple has partnered with over 100 banking giants to provide the xCurrent, xRapid and other groundbreaking products to ease interbank transactions. The presence of some of the world’s largest banks like PNC, SBI, Royal Bank of Canada and Banco Santander being associated with Ripple, is a clear sign the blockchain startup is growing in popularity.

Ripple XRP Price – Why is it Falling?

Solomon M. is a writer who is passionate about contributing to the decentralized web and a future where digital assets become the norm. He writes mainly on cryptocurrency and blockchain. 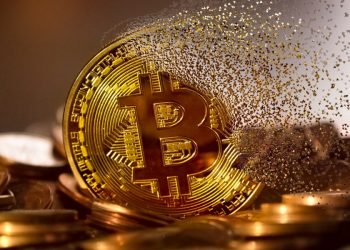 Best Litecoin Wallet – The Most Secure Way to Store LTC