The Bitcoin Network is almost hitting another milestone in terms of hash rate, amidst the volatility that saw the pioneer digital currency lose more than $500 in one day.

According to data from Blockchain.com, BTC network fundamentals continue to improve regardless of the recently witnessed price drop. Currently, the Bitcoin Network hash rate stands at 114 quintillion hashes per second, equivalent to 114 million Tera Hashes Per Second—TH/s. The new figure calls for a new record for the computing power needed to maintain the network.

The increase in computing power seems to be driving BTC hash rate to a new milestone of 120 million TH/s. However, there are some disagreements on how to exactly determine the network’s hash rate. Therefore, various platforms will provide different figures for the BTC hash rate. For instance, according to Coin Dance, the network’s computing potential already hit 134 quintillion hashes per second. All the same, the figures reveal a similar trend – a steadily rising BTC hash rate since the beginning of the year.

The current increasing Bitcoin hash rate spells a new upward difficulty correction. Since the December hash rate crash that ignited fears of mining capitulation, BTC mining activity has been on the rise. 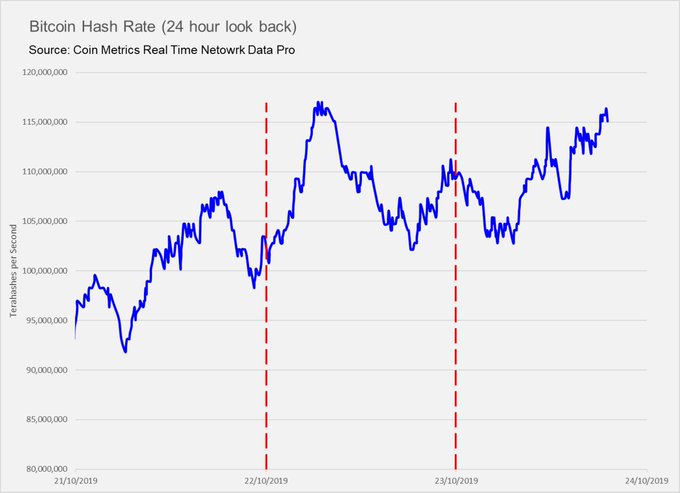 As earlier reported, Bitmain intends to launch a mega-mining facility in Rochdale, Texas. Once launched, it will be the latest player in the industry to drive further expansion of mining activities amidst the growing competition in the market.

The Latest BTC Flash Crash - What Could Be the Cause?

Which Cryptocurrency Exchanges Have the Lowest Fees? 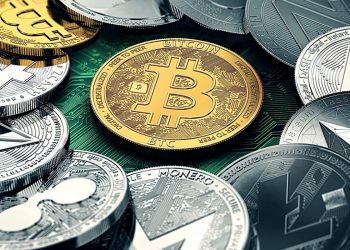 Why Some Are Still Reluctant to Embrace Cryptocurrency?