Mt. Gox Victims to Get Legal Representation for 200,000 BTC in Reimbursements

A Russian legal firm has offered to help recover up to 200,000 BTC, which investors lost in the now-defunct crypto exchange – Mt. Gox. Zheleznikov and Partners, a renowned law firm in Russia, is proposing to initiate legal action in the country to help recover the financial losses incurred by Mt. Gox victims.

In a recent interview with a former BBC journalist Andy Pag, the lawyers expressed their intention to recover up to 200,000 BTC for the clients they represent. This latest move follows the security gap that led to billions of dollars in Bitcoin tokens at Mt. Gox cryptocurrency exchange in June 2011.

Based on the current value of Bitcoin, the represented victims could get up to 2 billion US dollars in total reimbursements, if the proposed recovery comes to fruition. According to the lawyers, this amount could make their clients whole again after suffering the financial losses. The lawyers are specific that they have the potential to recover the funds through legal action against the Russian nationals who reportedly benefited from the hack.

Who Benefited from the Hack?

On how to find some of the beneficiaries of the Mt. Gox hack, the lawyers explained that currently, they don’t know anyone. However, they are optimistic that through their co-operation with law enforcement agents, they can possibly expose the people.

“We have strong reasons to believe that their identities will be revealed by the police investigation bringing existing information together, but we hope that once the criminal case starts, they will come forward quickly and offer to give compensation to victims.”

According to the firm, this recovery process carries a costly price tag, which could be up to 75% of their clients’ reimbursements. All the same, the lawyers explained that they would only impose the charges they eventually recover the stolen crypto assets.

The proposal to recover the lost funds is kind of a mixed bag. While it’s a great step to intervene and to recover the funds on behalf of the victims, the proposed charges bring another grey area, as to whether it’s the victims who will win or the legal experts. Mathematically, 75 percent of $2.06 billion comes to $1.54 billion, which the lawyers would take home. Obviously, this would not be a win for the Mt. Gox victims.

Besides, there are questions about why the victims haven’t been compensated for a crime that happened nearly five years ago. Zheleznikov and Partners is a highly successful legal practice in Russia, specializing in Criminal Law. The firm is rated by a reputable and independent company – Legalease Ltd, which researches and rates law firms worldwide.

Tony is a writer and a crypto enthusiast. A graduate of creative writing, he synthesizes blockchain and cryptocurrency topics in a way he only can. Reach him on Twitter @wordsvan

Bitfinex is a well-known, controversial crypto exchange in the industry, and today, in our review, we will be exploring the... 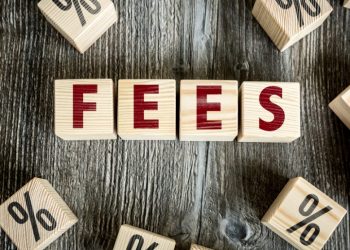 Fees are an unavoidable part of trading on exchanges, but while you cannot completely avoid paying high fees, you can...