Top Countries Where It’s Legal to Invest in Cryptocurrencies

There is no denying that cryptocurrency has exploded in popularity over the past few years. People from all over the world are investing in the likes of Bitcoin and Ethereum and some lesser-known coins.

In fact, it is believed that 1 in 10 people around the world invest in cryptocurrencies, and this number is only likely to grow.

Why Are Countries Concerned about Cryptocurrency?

[As Bitcoin is the main cryptocurrency in circulation today, we will reference this frequently throughout. Of course, there are a lot of other types of cryptocurrencies.]

You can use the likes of Bitcoin to conduct transactions anonymously between any account holder around the world. For some governments, this has introduced currency concerns.

There are some officials and legislators who may not support the use of cryptocurrency because of illicit ties and the lack of control. Many have put regulations in place under their jurisdiction’s anti-money laundering laws and counter-financing of terrorism laws to try and lower its use for these purposes.

Bans on Cryptocurrency around the World

An implicit ban is one that prevents financial institutions, including banks, from dealing in cryptocurrencies or providing services to companies or individuals that involve cryptocurrency. It also refers to bans being placed on cryptocurrency exchanges, meaning they cannot be established or operate within the jurisdiction.

Which Countries Have Absolute Bans on Cryptocurrency?

There are several countries that have absolute bans on cryptocurrency. These countries are as follows:

Which Countries Have an Implicit Ban on Cryptocurrency?

There are several countries that have implicit bans on cryptocurrency. These countries are as follows:

There is only one place to begin, and this is with the United States. You can buy Bitcoin USA online with ease nowadays, and many people already have.

It is estimated that around 8.3 percent of the population in the United States – 27 million people – currently own cryptocurrency.

The Financial Crimes Enforcement Network (FinCEN), which is part of the Department of Treasury in the United States, has been providing guidance on Bitcoin since 2013.

The Treasury has deemed Bitcoin to be a convertible currency that has an equivalent value to real currency or one that can act as a substitute for genuine currency.

A payment processor, cryptocurrency, or any other entity that exchanges or administers cryptocurrency, falls under the definition of a money services business, often shortened to MSB.

As a consequence of this, an MSB is subject to the Bank Secrecy Act, and it needs to register with the Treasury in the United States. If a transaction is more than $10,000, reports will need to be filed.

Furthermore, regulations are currently being developed by FinCEN for both non-financial and financial organizations to establish nationwide priorities for tracking and reporting in the field of cryptocurrency.

These regulations are going to mean that cryptocurrency, banks, and other institutions of this nature are going to need to report certain types of transactions, as well as any suspicious activity they spot.

The purpose of this reporting is to make sure that FinCEN is able to effectively investigate any illicit activities or suspected financial crimes that are related to cryptocurrency.

So, as you can see, the United States is more than willing to embrace cryptocurrency investment, and the country is constantly making improvements and changes to ensure they have the right structure and processes in place so that cryptocurrency can be regulated in a safe and fair manner.

You may be shocked to see El Salvador as the next country on the list. However, there is a good reason for this!

El Salvador is an important jurisdiction when it comes to cryptocurrency investment. This is because it is the only country in the world that has declared Bitcoin to be a legal tender.

Back in June of last year, President Nayib Bukele was approved by Congress in the country to formally adopt Bitcoin as a form of payment. This is certainly a big step forward in the world of cryptocurrency, and it will be very interesting to see which countries are also going to go down this route.

Cryptocurrency, such as Bitcoin, is considered a financial asset by the Australian Taxation Office. This means that it has a value that can be taxed when certain events happen.

If you use Bitcoin for purchases, or you convert it to a fiat currency, gift, sell, exchange, or trade cryptocurrency, you will trigger a capital gains tax.

Furthermore, you need to make sure you maintain records of any of the transactions you make using cryptocurrency. This is required for tax reasons.

However, if you do use cryptocurrency for personal use only, you may not need to pay any tax in certain situations. This is why it is a good idea to seek the advice of an expert to make sure you are reporting your cryptocurrency earnings effectively so that you do not end up paying more tax than you need to but you still make sure you abide by the law.

Another one of the top countries where you can safely invest in cryptocurrency is Canada. Canada has a friendly stance on Bitcoin and other cryptocurrencies, just like the United States.

As per the Canada Revenue Agency (CRA), Bitcoin is deemed to be a commodity, which is important to know for income tax reasons. This means that when you make any income from investing in cryptocurrency, it is deemed a capital gain or business income, and therefore, you need to report it as such.

Canada deems cryptocurrency exchanges to be money service businesses. As a consequence, exchanges are brought under the purview of the Terrorist Financing Act and the Proceeds of Crime Act.

Because of this, registration with Canada’s Financial Transactions and Reports Analysis Centre is mandatory. Exchanges will also need to keep certain records, adhere to the compliance plans in place, and report any transactions they feel could be suspicious.

Last but not least, we have the European Union, which recognizes cryptocurrencies as crypto-assets. Using Bitcoin in the EU is not illegal at the moment.

Nevertheless, it has been stated by the EU’s Banking Authority, which is the union’s currency regulatory authority, that activities involving crypto-assets are outside of the EU’s control. The Banking Authority continues to warn people that investing in cryptocurrency is at their own risk, so do keep this in mind.

A proposal for legislation in terms of crypto-asset regulation was finalized by the European Commission back in 2020. A lot of agencies within the European Union have endorsed this proposal.

The purpose of this law is to ensure that financial regulatory frameworks do not fragment and that the EU has a level playing field in terms of finances. The commission also wants to make sure that the public can use and safely access cryptocurrency.

Where Else around the World Is Cryptocurrency Legal?

There are a number of other countries around the world that permit you to use cryptocurrency when making transactions, and they have also put regulations in place to ensure that this form of investment is managed properly.
Examples of places like this include the following:

Final Words on Investing in Cryptocurrencies around the World

When investing in any financial market, be it cryptocurrency or something else, it is always imperative to make sure that you are familiar with the laws in your jurisdiction so that you do not inadvertently end up going against them.

How to Choose Between Trading Options and Crypto Trading Futures?

Crypto trading futures and options trading often differ from each other. However, they both offer many benefits for you as... 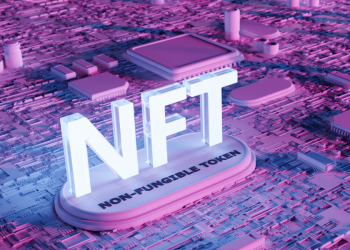 What Does It Mean to Mint an NFT

What does it mean to mint an NFT? When we mint an NFT, it means we are converting digital data... 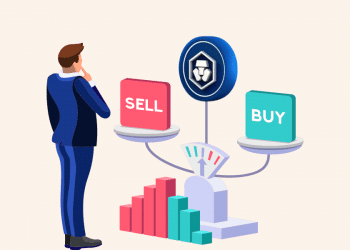 Where to Buy VRA – A Complete Beginner’s Guide

This article reviews where to buy VRA and the essential matters that investors should consider before purchasing this cryptocurrency. The... 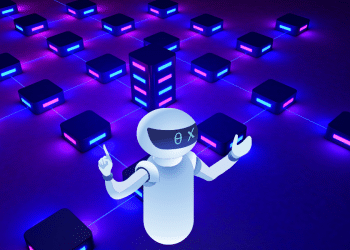 Do Crypto Trading Robots Help You to Make Money?

It’s a no-brainer that cryptocurrency assets are highly volatile, making it challenging for investors to identify the best entry and...

How to Choose Between Trading Options and Crypto Trading Futures?

What Does It Mean to Mint an NFT

Where to Buy VRA – A Complete Beginner’s Guide