What is Ethereum (ETH)? Getting Started with Ethereum as a Beginner 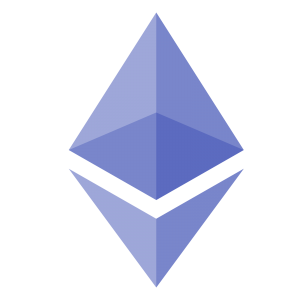 Ethereum is the second most important cryptocurrency/blockchain project and has made quite a name for itself over the past couple of years. The platform was developed by Vitalik Buterin in 2013. Since then, the platform’s creator has become one of the most important voices within the crypto sphere.

To put it as simple as possible, Ethereum is an open software platform based on the blockchain technology that allows developers to create and deploy decentralized applications. Even though Ethereum shares some similarities with Bitcoin, the two platforms are significantly different from both a technical and a philosophical standpoint.

Bitcoin and Ethereum differ widely when it comes to their purpose as Bitcoin was designed to be a peer to peer electronic cash system while the other was designed to be so much more than that. Ethereum is focused on running smart contracts and the so-called decentralized apps, or dApps for short. Of course, Ethereum is also a tradeable cryptocurrency.

However, Ethereum has two types of tokens: the ETH and Gas. The second type of token is primarily used to pay miners fees for putting in work, namely for including the transactions within the blocks. It’s important to know Gas is required to run any smart contract on the platform.

Since Ethereum introduced a lot of new concepts to the world, in order to understand what Ethereum is, how it works, and what its purpose is, one must first understand the technologies behind it.

And, since these smart contracts run on the blockchain, they can’t be tampered with. No one can interfere by censoring or hacking them: they run exactly as programmed. This concept is not unique nowadays, but the smart contracts represent a key factor why Ethereum is so special and why it’s not only a currency. Ethereum provides developers with the freedom of building any number of different apps, each one with an almost infinite number of customizable operations.

One of Ethereum’s most impressive innovations goes by the name of Ethereum Virtual Machine or EVM. This is important because it allows any developer to run any program on the network, without facing the typical limitations usually associated with blockchains. Instead of having developers build an entirely new blockchain for each new application, Ethereum gives them the freedom to create an infinite number of different apps in one platform (of course, if the necessary resources are provided).

Accessing or harnessing all this power only requires one to plug into the network using the native browser, even though there are various other alternative options. The native Mist browser is probably the most accessible way of doing so because it provides a very friendly interface, as well as a digital wallet where anyone can store Ether. Also, the browser offers users and developers the possibility of writing, managing, deploying, and using smart contracts.

Considering Ethereum’s potential as a platform, it can be used to improve various aspects of our daily lives. For instance, Ethereum can be used to build decentralized autonomous organizations or DAOs for short. A DAO is an organization that is autonomous and decentralized and has no single leader. DAOs are collections of smart contracts written on the Ethereum blockchain.

What makes a DAO unique is the fact that its code is created in such a way that it replaces the structure of a traditional organization, therefore eliminating the need for a centralized controlling entity. Anyone who buys or holds tokens, can “own” a DAO. The main thing to remember is that no one can fully own a DAO, as they are usually founded by groups of like-minded people. The number of tokens translates into ownership and voting rights.

Even though some people might already know this, Ethereum is also special because it is a platform that can be used to launch other cryptocurrencies, playing a huge role in the mainstream adoption of cryptos. Developers or interested parties can, therefore, use a standard ERC-20 token to raise funds (via ICOs) and issue their version of tokens. Ethereum proved so successful that it managed to help kickstart some of the biggest cryptocurrencies to date, EOS being a very good example.

Most of Ethereum’s benefits stem from the fact that its decentralized apps run on the blockchain.

For starters, Ethereum is a very secure platform. Since it is secured using the latest cryptographic technology, the apps and its users are protected against hacks and other types of illicit activities. It boasts other advantages usually associated with blockchain platforms such as immutability and zero downtimes.

However, Ethereum’s main advantage is the fact that the network allows for a Turing-complete language on the blockchain, making the creation and running of complex smart contracts possible. Its popularity is also something to note, as various corporations and important institutions are paying attention not only to blockchain tech but Ethereum as a possible means of further expansion and development. In a more philosophical sense, one of Ethereum’s main advantages is the fact that it’s not a direct competitor to Bitcoin, as it solves different types of real-world problems.

As expected, Ethereum is not without its faults and downsides. Since its inception, Ethereum has been struggling with scalability problems, even though many efforts were made during the years to actively improve on this matter. Since it’s a very popular network, it’s also not surprising that the transaction speeds on Ethereum are not as good as one might expect from the second most important blockchain project.

Lastly, even though smart contracts are (at least in theory) designed to make the network fault-proof, they can only be as good as the people who are creating them. Since there’s still no reliable way to fully eliminate human error from our lives, any mistake in Ethereum’s code could potentially be exploited, even though the chances of this happening are minuscule.

Taking everything into consideration, it can be said that Ethereum has more chances to succeed and to thrive than other simple cryptocurrency projects, not only as a form of digital money but also as a platform to run smart contracts and dApps on.

At the end of the day, despite its numerous disadvantages, Ethereum is probably the one crypto/blockchain project that has the most potential to positively impact various important aspects of our lives.

Monero's Critical Engraving Error Has Been Corrected; Developers Say That Organizations May Be at Risk