Bitcoin – a name that almost everyone has heard about, some even know what it means, while others have dedicated a huge part of their entire life in order to jump on the massive bandwagon powered by the enormous hype behind the project.

In short, Bitcoin is the world’s first cryptocurrency, the first project to successfully implement the blockchain technology, and the first digital currency to solve the challenging issue of double spending. It’s a decentralized digital currency which cannot be controlled by any central authority and which can be sent from user to user on its peer-to-peer network without the need for any type of intermediaries. More importantly, it’s the project that’s responsible for everything that cryptocurrencies are today.

If you know a bit about Bitcoin, then you surely know that one of Bitcoin’s biggest issues (which is also the most pressing issue for most other crypto projects) is scalability. Efficient scalability ensures faster and more efficient transactions as the user base grows. In short, Bitcoin is a genius concept that worked exceptionally well on paper (and especially with limited users) but slowly started to “crumble” under its own weight once the user base increased, resulting in long transaction times and higher transaction costs.

What is Bitcoin Cash? 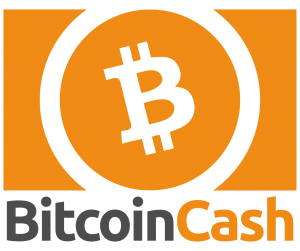 This is how the story of Bitcoin Cash starts. Unlike many other crypto projects that sought to solve these scalability issues by building new blockchain platforms from scratch, some, Bitcoin Cash included, hold the distinction of being “hard forked” from Bitcoin.

Being forked means that Bitcoin Cash holds the same structure as the world’s most important cryptocurrency but with a few minor yet very important modifications. Bitcoin Cash “separated” itself from the Bitcoin Core blockchain on the hopes that it will successfully address the problems that Bitcoin faced.

It has the same features as Bitcoin Core, and it operates on the same SHA-256 hash function, and it even has the same number of total coins, 21 million. The name of “Bitcoin Cash” stems from Bitcoin’s original whitepaper written by famous Satoshi Nakamoto. It is he who described Bitcoin as a peer-to-peer electronic cash system. Hence, the “Cash” element within the name.

Insight into the history of Bitcoin Cash

The idea of forking of the main Bitcoin blockchain came to life when the developers behind the original Bitcoin blockchain announced the introduction of Segregated Witness (SegWit) on the blockchain, a technology that would supposedly help Bitcoin scale a lot better. A noteworthy part of the team, mostly comprised of Chinese developers, came up with the proposition to increase the block size. The modification was thought to result in lower transaction times and costs. The proposition was not met with optimism by the larger part of the community.

When Roger Ver, the legendary crypto evangelist, started supporting this idea, the Bitcoin Cash project started to grow and finally went on to materialize when it forked out of Bitcoin Core on August 1, 2017.

How does Bitcoin Cash work?

For some Bitcoin die-hard fans, Bitcoin Cash is just “another modified cryptocurrency.” Truth be told, it works on the same principles as Bitcoin. The main difference is the fact that its block size has been raised from 1 MB to 8 MB.

There’s an entire, immense debate regarding which one is better. Bitcoin Cash is all about on-chain scaling when Bitcoin has seen various technologies added in order to perform something that is called off-chain scaling. Various side chains have been pegged onto the main Bitcoin Core blockchain. Another development was the addition of the off-chain Lightning Network (LN) which should, at least in theory, provide nearly instantaneous transactions off-chain.

Of course, the addition of the Lightning Network is seen as a sort of sacrilege by the people behind the Bitcoin Cash project as, according to them, it directly contradicts the main goal and philosophy of Bitcoin.

In Bitcoin’s whitepaper, Satoshi wrote: “A purely peer-to-peer version of electronic cash would allow online payments to be sent directly from one party to another without going through a financial institution.” Interestingly enough, LN hubs run mostly by third-party operators, which, in a sense, betrays Satoshi’s vision.

Since its launch, Bitcoin Cash got listed on various popular cryptocurrency exchanges such as Coinbase, Binance, Kraken, Bittrex, Poloniex. A complete list of exchanges from where traders can buy Bitcoin Cash is available on the Markets section of CoinMarketCap.

There’s a wide array of wallet options available for those who are interested in holding Bitcoin Cash. Some of the most relevant examples include Ledger Nano S, Trezor, KeepKey, Exodus, Jaxx, Copay, Bitpay, and Stash.

So, is Bitcoin Cash better than Bitcoin?

There’s absolutely no way of answering this question with absolute certainty. However, we can state some facts that should help you make up your own mind in regards to all the ongoing scaling debates and problems. Bitcoin Cash is currently ranked as the fifth most valuable cryptocurrency according to CoinMarketCap.

More importantly, Bitcoin Cash has indeed very low fees, and its confirmation speeds are fast, very fast. So, one might be tempted to think that’s proof enough that one is better than the other. However, this is only if you consider the “shorter perspective.” Don’t forget that Bitcoin Cash brings very little regarding innovation or new usability, and as Bitcoin is slowly but bravely advancing its development, the increased block size might not even be an issue in the future.

Another thing to keep in mind is the fact that Bitcoin Cash is still a relatively small network when compared to Bitcoin, so there’s really no way of telling with absolute certainty if this increase in block size is actually all that beneficial. At the end of the day, Bitcoin Cash is just a cryptocurrency that performs the actions it was designed to perform valiantly.

To end with, as mentioned before, Bitcoin is actively working on surpassing its issues in regards to scalability which means that it might be necessary for Bitcoin Cash to evolve as well if it still wants to be “in the game” over the course of the following years.