Beginner’s Guide to the Three Types of Stablecoins

A Stablecoin is a type of cryptocurrency which has its valued linked or backed by another asset. Stablecoins were designed to have the transactional advantages of cryptos but with the stability of more traditional assets.

Some stablecoins are pegged to fiat currencies, such as the dollar, or a commodity like a bar of gold. Another type of stablecoin is that which is backed by another cryptocurrency, or that exist as an auto-correcting system based on algorithms.

The community disapproves of this type of stablecoin for being rather centralized, needing the trust of an issuing party and has to comply with intense regulation. When depositing fiat into the bank account connected to the stablecoin, the network issues new coins. And when you liquidate the stablecoins, those coins are burned by the network and you receive the collateral. 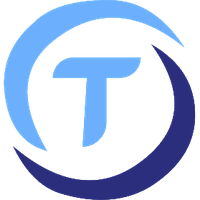 TrueUSD (TUSD) is one of the most known centralized IOU stablecoins. The token was launched in March by TrustToken, a company which specializes in traditional asset tokenization.

The TrueUSD system has several trust companies which hold U.S. dollars in their bank accounts. This system is different from Tether, where just one banking partner holds the collateral. Also, TrueUSD makes the origin of its backing funds transparent by publishing the contents of its bank accounts every day and being audited on a monthly basis.

TrustToken has managed to raise $21.7 so far, the majority of which was gathered in a $20 million Initial Coin Offering (ICO) which concluded in June 2018. ICO participants include Andreessen Horowitz (lead), DHVC, BlockTower Capital, 8 Decimal Capital, Foundation Capital, ZhenFund, and many others.

The Gemini Dollar (GUSD), which was created by Gemini Exchange, and the Paxos Standard Token (PAX), launched by Paxos, are also two centralized IOU stablecoins. Both stablecoins were launched in early September 2018 after receiving approval from the New York Department of Financial Services (NYDFS).

Both tokens are based on the ERC-20 protocol and are collateralized at a one-to-one ration with U.S. dollars that are held in FDIC-insured banks located in the US.

Gemini and Paxos got their BitLicenses in October 2015, and May 2015, correspondingly. As they are regulation compliant, any GUSD or PAX stablecoin that is used in illegal activities may be subjected to confiscation or penalization by a law enforcement agency.

Digix Gold (DGX) is another centralized IOU stablecoin project, which instead of using fiat currency as collateral it uses gold. Each DGX token is tied to the value of one gram of gold.

Digix employs a Proof of Asset (PoA) consensus mechanism which verifies ownership on the Ethereum blockchain. The gold used as collateral is stored by the company in a custodian vault, The Safe House, which is located in Singapore. The Safe House has a storage capacity of 30 tons of gold, but Digix is looking to collaborate with more vaults from more regions.

Crypto-collateralized stablecoins are backed by other crypto assets, such as Ethereum or other tokens or coins.

MakerDAO is a known project which uses the crypto-collateralize mechanism and the Dai stablecoin. MakerDAO has implemented a two-coin model: Makercoin (MKR) and Dai (DAI).

Makercoin is used as a governance token on the Maker Platform, while Dai is the stablecoin that lock up Ether in a collateralized debt position or CDP. 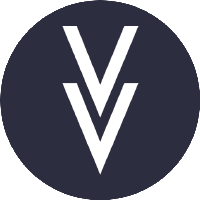 Havven is another stablecoin which is collateralized by crypto. Just like MakerDAO, Havven has two coins on its platform: Nomins (nUSD) and Havven (HAV).

The Nomin has a variating supply to stabilize its price, while Havven has a stable supply, serving as collateral for the system. The value of Havven is determined on the projected network fees. Havven holders are eligible to receive dividends from locking funds in a smart contract.

The stability of Nomins is based on the value of Havvens and is also collateralized by Havvens.

Non-Collateralized Stablecoins achieve a stable price by using something called seigniorage shares. The concept was created by Robert Sams in 2014.

Seigniorage shares employ smart contract technology and act similar to a central bank in which its only monetary obligation is to issue currency with a value of $1. Simply put, the network issues new coins when a stablecoin’s price is too high, and burns coins when the price is too low.

The Basis Token is a non-collateralized stablecoin which has its price stabilized via on-chain supply management. When the price of Basis strays from its set balance, the smart contract creates or burns tokens in order to bring the price back to $1 and tries to maintain it there.

CarbonUSD, developed by Carbon, is another stablecoin that uses a non-collateralized mechanism to maintain price stability. CarbonUSD is currently a fiat-collateralized stablecoin, but it will eventually change into a hybrid fiat-algorithmic model once it attains adequate scale as a fully-fiat backed stablecoin.

Carbon is currently based on the Ethereum blockchain, but there are plans to transfer it to Hedera Hashgraph, a crypto protocol.

It was stated in a report called The State of Stablecoins made by Blockchain Luxembourg SA, that an estimate of 98% of the total daily trading volume of stablecoins belongs to Tether. The above-mentioned stablecoins in this article are all looking to become worthy competitors to Tether and get their share of the market. Whether they will manage to achieve this remains to be seen in time.

What Is MetaMask and How It Works