by Adriana M.
in Finance & Blockchain 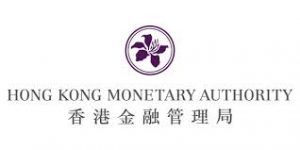 Speaking to CoinDesk, the HKMA explained that: “The Trade Finance Platform is a blockchain project initiated by 7 banks in Hong Kong. The project has been facilitated by the HKMA and is targeted for launch by September 2018“.

The project was unveiled in 2017 when the media pointed out that several financial institutions have passed a test for launching their own “trade finance platform“, including HKMA, Bank of China, Bank of East Asia, Hang Seng Bank, HSBC and Standard Chartered Bank. The project targets to raise standards of data transparency.

“The aims of the platform are to reduce frauds related to trade finance and double financing, and therefore lead to increased credit availability and lowered financing costs in the long run. This may in turn help small and medium-sized enterprises (SMEs) access to trade financing,” the HKMA claimed.

Surprisingly, more and more companies are interested in participating in this project, according to HKMA’s interview. The platform is supposed to be live in September 2018. Even if this will happen sooner or later, HKMA’s blockchain will be among the most promising platforms ever launched by a government institution.

Note that this isn’t the first project of its kind, as recently a set of European banks announced the launch of their blockchain-based project called We.Trade, developed in collaboration with the tech giant IBM.

Furthermore, Hong Kong’s currency board and de facto central bank is collaborating with its counterpart based in Singapore to create a blockchain trade finance platform aimed to improve the system of cross-border transactions.

How Does Cryptocurrency Gain Value

Learn how cryptocurrency gains value and how you can use that information to become a better crypto investor. Arguably the...

These Are the Richest Bitcoin Owners in 2022

When Bitcoin was launched in 2009, its net worth was less than ten cents for each Bitcoin. Nevertheless, it’s true...

Blockchain technology is widely adopted in major sectors of the world. The technology’s first application was in cryptocurrencies, which are...

Today, our reporter Ethan A. spoke via video link with the man who changed the world of financial analysis. Our...

All About Hard Drive Mining and How It Works

Today, we will be looking into what hard drive mining is and how it works. Find out if this mining...

While the United States and a large portion of the European countries continue to show restraint when it comes to...