How to Mine Litecoin (LTC) | Beginner’s Guide

If you’re just interested in owning Litecoin, then you can easily buy some from the plethora of cryptocurrency exchanges and brokerage services currently on the Internet. However, there’s another way of owning Litecoin, and that is through mining.

Litecoin is a proof-of-work cryptocurrency which means that it’s mineable. Considering you have the resources, or you are willing to invest in acquiring the necessary resources, Litecoin mining helps keep the network decentralized, helps support the Litecoin project, and, ultimately, it can also help you make a profit.

Litecoin mining works pretty much just like in the case of most other cryptocurrencies. Miners are responsible for receiving transaction data broadcast over the network, and they assemble them into structures called Merkle trees. The miners work to find an acceptable hash, which is a result of running a one-way cryptographic algorithm of a part of the data.

Miners are responsible for securing the transactions on the Litecoin network so that attackers or hackers have no way of double-spending funds. Mining is a competitive process, hence, the first miner (or group of miners to generate a hash that is smaller than a target set by the network receives the block reward, currently 25 LTC, as well as any transaction fees associated within the block.

Why should you mine Litecoin?

For starters, Litecoin is one of the oldest cryptos and withstood everything the cryptosphere threw at it valiantly. Currently, LTC is ranked 7th on CoinMarketCap which is quite a statement for the project’s value.

Litecoin is, in fact, a clone of Bitcoin with enough modifications to help it scale a lot more freely and easily. With a block mined every 2,5 minutes, Litecoin is four times faster than Bitcoin and boasts incredibly fast transactions. By mining Litecoin, you not only get rewarded with LTC, but you’re also provided with the opportunity to support one of the most impressive crypto projects out there. For now, according to project’s creator, Charlie Lee, Litecoin is the “silver to Bitcoin’s gold.” However, this might very well change in the future, and Litecoin might very well manage to steal the crown from Bitcoin and become “gold” itself.

There are three ways to mine Litecoin: by using an ASIC miner, with your computer’s GPU, and, lastly, with the help of your computer’s CPU. What’s interesting here is the fact that Litecoin adopted the Scrypt, a hash function from Tenebrix, an early altcoin, instead of sticking to Bitcoin’s SHA-256 function.

This allows anyone to mine Litecoin while also mining Bitcoin. This way, Litecoin does not compete with Bitcoin for miners. However, a lot had changed since then (when ASICs were developed for Scrypt), and Litecoin mining is no longer profitable without specialized equipment.

One of the best, if not the best, Litecoin mining hardware currently on the market is the Antminer L3+ which mines at 504 MH/s. It can be bought directly from Bitmain’s official website, or services such as eBay and Amazon. Other valid ASIC miners are Bittech L1 and Innosilicon A4. Of course, there are newer and more performance-oriented ASICs out there, but they usually cost well over $2,000.

As mentioned before, ASIC mining is the only viable way of mining Litecoin nowadays. Hence, your hardware will most likely come pre-installed with mining software.

When it comes to mining in general, there are two standard options. You can either mine solo or joining a pool. Each one of these methods comes with own advantages and drawbacks. Solo mining can be quite difficult since it requires a lot of effort and commitment on your part. In addition, solo mining can be a bit risky since you might end up going for long periods of time without finding a block (and this is only if you have a decent ASIC miner).

Pool mining is, for the most part, a more valid choice since it involves a high number of miners working together towards achieving a common goal. Of course, the rewards are split equally in pool mining, but the chances of earning them are much higher. Some of the best pools for mining Litecoin are Antpool, LitecoinPool.org, LTC.top, F2Pool, and ViaBTC.

There is, however, another option when it comes to mining, and that is called cloud mining. Just as its name suggests, cloud mining is the process of mining Litecoin using a remote datacenter’s processing power. This provides you with the possibility of mining without having to deal with enormous electricity bills and all other headaches usually associated with solo mining. All cloud mining services do, however, charge a fee. The main problem with the system on most cloud mining platforms is the fact that the contracts are usually signed for one or two years.

How do I mine Litecoin?

If you’re opting to mine Litecoin from home, then, before anything else, you will need to get yourself a reliable and secure Litecoin wallet. The next step involves choosing the right hardware based on your needs, and after reading the instructions of your ASIC equipment, start mining.

In the case of mining pools, the process also starts with finding a good Litecoin-compatible wallet. Once this is done, you need to choose the mining hardware and find a trustworthy mining pool. Finding the right mining pool for you can be a bit of a hassle, as you need to take into account how the rewards are shared, the fees, the minimum payouts, and other such features.

Cloud mining is probably the simplest process of the three. Just decide on a cloud mining company, select a mining package, pick a mining pool, and start mining. 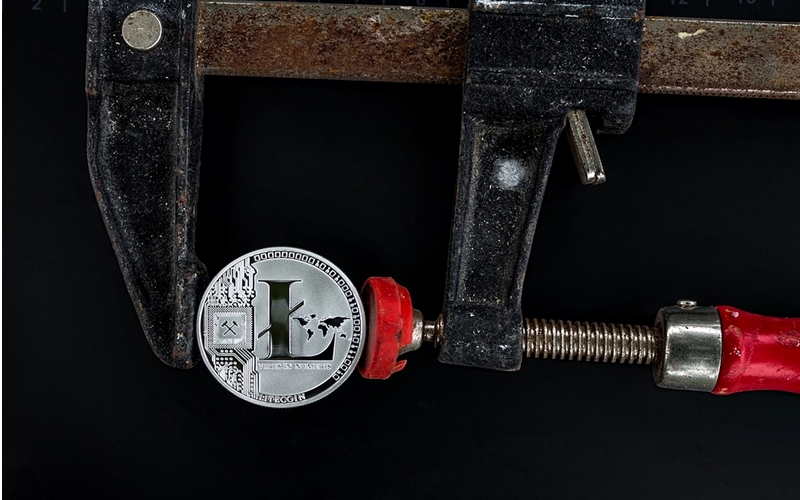 We hope that this general guide has helped you understand most of the concepts involved in Litecoin mining. There’s no way actually to fully state that Litecoin is profitable or it isn’t. Usually, when it comes to mining, the more processing power you have, the higher are the chances to receive rewards. However, there’s a lot of thinking that needs to go into successfully mining. Make sure to read as much as possible on the matter and use profitability calculators before you’re ready to commit fully. You can also check this guide about the best Litecoin Wallet. Good luck!